The Innovative Evolution of Air Conditioning 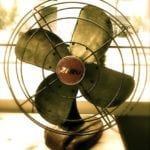 It is hard to imagine a world without the comfort of air conditioning, but for most of history, people weathered the summer heat by staying in the shade and drinking lots of liquids. In fact, air conditioning is one of the core reasons that Houston and other cities in the south boomed after 1950. Today, Houston commercial HVAC companies provide comfort and reliable air condition for millions of homes and businesses, but it is a small miracle that air conditioning exists at all.

Before the Compressor
For millennia, people got by without any sort of mechanical cooling. Fans were luxury items, and shade was the only reliable source of cooling around. Electric fans emerged in the 1880s, and for the first time in history, people could enjoy mechanical cooling. However, passive cooling strategies, such as central courtyards and cross ventilation, continued to prevail.

The turn of the 20th century saw the introduction of what we would consider the electric air conditioner. Willis Carrier’s 1902 design paved the way for a compressor-based model in 1904, and early units were largely relegated to industrial facilities. By the 1920s, movie theaters were booming, and air conditioners helped attract throngs of moviegoers during the summer — a phenomenon that would lead to the summer blockbuster.

Comfort for the Masses

After World War II and the return of millions of service men from overseas, demand for affordable residential cooling increased dramatically. In 1960, approximately 10 percent of homes in the country had an air conditioner, but by the end of the decade, most new homes being built had air conditioning. By the turn of the millennium, nearly 9 out of every 10 homes had air conditioning, and most homes without it today are located in more temperate climates. Today, air conditioning is a vital part of Houston healthcare facilities services, grocery stores, and nearly every industry.

Air conditioners are far more energy efficient than they were in the 1990s when the government began pushing for higher standards, and new types of refrigerant ensure that they are more environmentally sustainable than ever before. New technologies, such as two-stage compressors, programmable thermostats, and home automation, will continue to push human comfort to the next level while reducing energy consumption and environmental impact. We have no idea what the future of Houston commercial HVAC will bring, but we are sure that the air conditioner of 2050 will look and function radically different from the air conditioners of today.

Want to learn about our Houston commercial lighting services and our other services for businesses and building owners, give us a call at 281-469-2140 today!